The University of York

The University of York – a research-intensive university 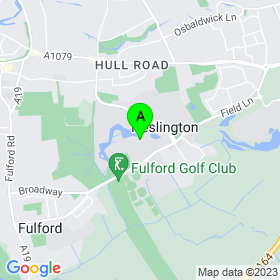